CEO Middle East | Tresind Studio: A spice odyssey like no other

Tresind Studio deserves its reputation as one of Dubai’s most innovative restaurants. As it unfurls its latest ode to Indian flavours, CEO takes a trip to Chapter 6 of a compelling culinary story

The kind of artistry that you will be privy to at Tresind Studio almost takes away from the fact that it is all edible. Flame, smoke, dry ice, the visual spectacle is matched only the sensations of flavour that reveal themselves at every mouthful.

If you’ve not had a chance to try this one-of-a-kind dining experience then we urge you not to delay a moment longer. It’s the sort of spot that may have you wondering whether your senses had previously been having a nap.

In his new menu, Chef of the Year Himanshu Saini showcases his love for the humble yet diverse world of Indian spices, set against a dramatic noir decor that allows the colours and flavours of the spice-led dishes to shine. Come hungry to Tresind because you will enjoy fourteen courses of fine modern Indian fare. That sounds like a lot, but the portions are made accordingly, and several of the dishes are mouthful-sized works of art – it seems almost criminal to eat them. Almost, but not quite.

The menu features several standout dishes including Kebab Scarpetta, served gently bubbling over an individual flame, paying homage to ‘the best bits of the kebab’; that is, the crumbs of crispy meat and drippings that are left over from the cooking of the kebab. Buckwheat and onion kachori with buttermilk curry ice cream tantalises with its contrast of temperatures and tender duck leg confit, fermented chili and peanut butter enters as the curry component of the multi course culinary adventure.

Favourites such as courgette blossom chaat mille feuille, butter chicken broth and turnip tartlet have remained on the tasting menu, while the signature pani puri, has evolved into a Jal-jeera puri with sweet potato, preserved lemon and tangerine that puts a spotlight on Chef Saini’s love of cumin. Cinnamon takes centre stage with the Ghee roast crab, cooked inside cinnamon bark and pink peppercorn.

Tresind has rightly garnered accolades and awards for its inventive, creative and passionate approach to the dishes of the subcontinent. Part theatre, part gastronomic awakening, Studio by Tresind will leave you feeling as though you didn’t quite know what was possible, and the fact is, you will leave realising that what you had thought possible in terms of gastronomy was really just the beginning – and here we are already at Chapter 6. Don’t miss the rest of the story. Tresind.com

PrevPreviousCurly Tales | Gorge On The 20- Ingredient ‘Khichdi Of India’ At Tresind, Dubai
NextTime Out | Trèsind Dubai | A quirky restaurant that continues to impress every timeNext A Unit Of Passion F&B 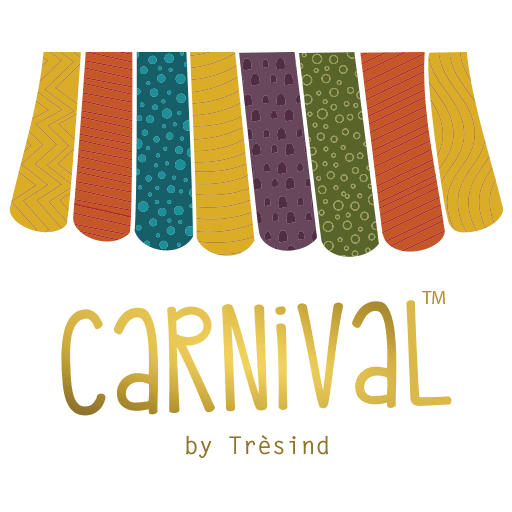